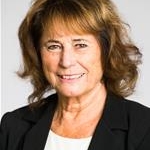 Lesley has lived in the area for over 30 years and has been involved with ESCA most of that time. Her roles have included: Chair of the Political Committee, Chair of ESCA from 2000-2003 and Vice Chair of South East Regional Conservatives. Since 2011, she has served as Tandridge District Cllr representing Dormansland and Felcourt and from 2017 as Surrey County Cllr for Lingfield Division.

Statement from our Felbridge candidate

The following is a statement on behalf of East Surrey Conservatives by our Felbridge candidate Harry Baker-Smith on the recent death of the Labour Party Candidate in that ward: