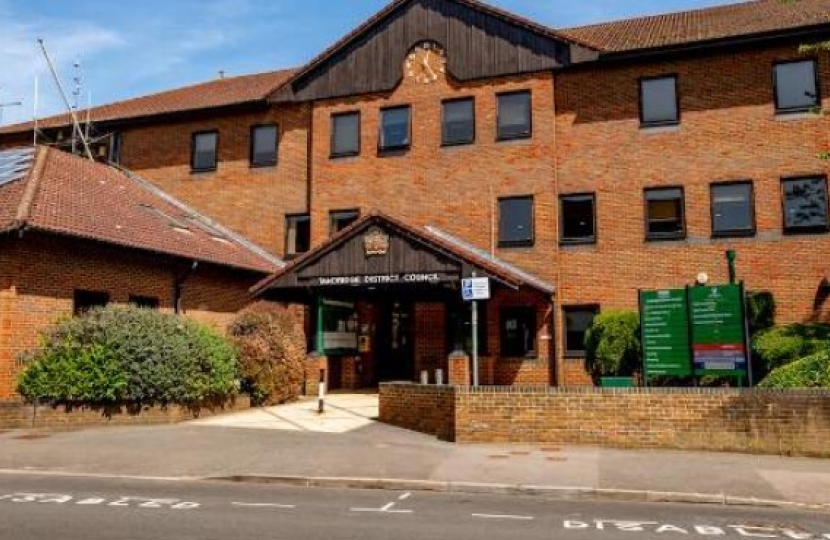 Cllr Catherine Sayer of the Independents and Oxted & Limpsfield Residents Group Alliance (IOLRG) became the new Leader of the Council and her Deputy Leader is Cllr Kevin Bourne of the same group.

What became apparent to the Tandridge Conservatives very quickly was how despite what the Leader of the Liberal Democrats said, they were incredibly supportive of the new administration. Supportive enough to block the Conservative Councillors from all the outside body appointments that were contested.

Cllr Taylor O'Driscoll, the new District Councillor for Westway, spoke passionately about wanting to work to tackle anti-social behaviour and serious organised crime in the meeting and was ultimately blocked from the outside appointment for Tandridge Community Safety Partnership by tactical voting from the Lib Dems and IOLRG. Cllr Phil Flower was thwarted by this tactical voting from being appointed to Tandridge Voluntary Action and Cllr Geoff Duck was prevented from continuing his fantastic work with the Tandridge Health & Wellbeing Board over the last two years by this.

What was curious was when the Lib Dems realised they were looking like they were in an informal coalition with IOLRG, they abstained on the recorded vote for the Leader of the Administration speech.

It will be an interesting year on Tandridge as at the end of the meeting, IOLRG realised that the Lib Dems cannot be trusted for support.

Here is Leader of the Opposition Cllr Tony Elias’ speech to the Annual Council:

“Chairman, I have listened to the speech by the Leader of the new administration and, having been in this role myself for the past 2 years, I sympathise with the challenges caused for her coalition by the fact that the Council remains, despite the last local elections, in No Overall Control.

As the new Leader of the Opposition, I welcome the fact that democracy is alive and well in Tandridge. Our residents have spoken, and we should all take note of their views.

I wish to make the passing observation though that, in the South of the District where I have lived for the past 36 years, many residents thought they were voting, at the last elections, for independent and non-political candidates rather than a tight coalition of a small political party with assorted candidates seeking to further the interests of their narrow electoral base. You can rest assured that we will do our utmost over the coming year to correct this misinformation.

As the Leader of the Conservative Group, I am proud of our record over the past 21 years. First and foremost, we have put the interests of ALL (I repeat ALL) Tandridge residents first. Unlike other authorities, we have kept our council housing stock (hence our low reserves) and embarked on an ambitious programme to build more; we have kept our council tax low; we have ensured that Tandridge enjoys one of the highest recycling rates in the country and we have lobbied Government and secured numerous grants long before the pandemic started and since then.

My Group recognises that the Tandridge Local Plan, presented to the Inspector in early 2019, has been misrepresented by our opponents to certain sections of Tandridge, in order to secure local votes. Our Group’s position remains that the Local Plan is the best way forward to protect Tandridge from uncontrolled development and deliver infrastructure improvements together with a credible five-year housing supply; we will keep our position under constant review, in the light of emerging Government policy and further advice from the Inspector.

We recognise the need to address the concerns of our society with regard to land use and biodiversity in our rural communities and are committed to achieving zero carbon emissions by 2030.

The proposal to make Surrey a single Unitary Authority has not gone away, and the Conservative Group will vigorously fight any proposal that seeks to revive it. In the meantime, we will support efforts to increase cooperation and joint working with other authorities which we initiated some years ago.

My Group firmly believes that Members’ role is to provide strategic oversight to officers, not micro-manage officers’ work. We are confident that Tandridge, with its new CEO, David Ford, and Senior Leadership Team, can recover its pre-eminent position as an efficient and value-for-money District Council in Surrey.

I recognise that Customer First programme has been much maligned as a source of many evils afflicting this Council; I would remind members and residents that this was a well-intentioned cross-party Council initiative designed to bring Tandridge into the 21st century in the way it delivers its services; while it could have been delivered better (and hindsight is a wonderful thing!) it has provided resilience and agility in the delivery of our services throughout the Covid-19 pandemic.]

We are a Sensible Inclusive Party, not a narrow sectional interest party with only a single item agenda. We do not believe in meeting the needs and aspirations of one part of our Tandridge Community if, in the process, other parts suffer discrimination, loss and dispossession! We stand ready to monitor and hold to account any Party or Group that considers this to be acceptable behaviour!

In summary, Chairman, our talented Conservative Team believes in representing ALL our residents. We will be wholeheartedly supportive of any sensible well-thought-out policies that benefit ALL Tandridge residents.” 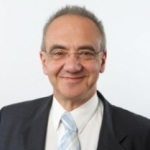 We are the Caterham Hill Branch of East Surrey Conservative Association!

We are the Godstone Division Branch of East Surrey Conservative Association!

We are the Lingfield Division Branch of East Surrey Conservative Association!

We are the Oxted Division Branch of East Surrey Conservative Association!

We are the Warlingham Division Branch of East Surrey Conservative Association!